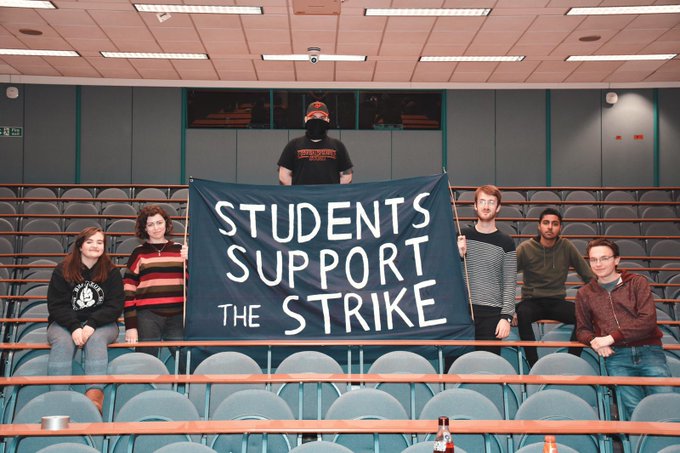 Strathclyde and Edinburgh universities are occupied!

Students at Edinburgh and Strathclyde are occupying university buildings in support of the UCU strike – send messages of solidarity to the Strathclyde occupation here and Edinburgh here. Read the Edinburgh occupation’s statement here: they are occupying the David Hume Tower until the strike demands have been met, and also demand the university take action against the racist and xenophobic policies that mean international students are forced to cross picket lines or risk their visa being threatened.

They say “As students, we recognise that the conditions of all staff profoundly shape the learning conditions of all students. Our university and quality of education are in continual decline due to the policies of the UK government and University management. We are here as students to express that we will no longer accept the further marketisation and commodification of education and teaching. We contest the working conditions, employment contracts and the university’s policies that workers must endure.”

On Monday there was a student-staff demo at Sussex uni. UCU General Secretary Jo Grady spoke, there was a fire engine from the Fire Brigades Union and a dragon.

Bristol students and staff also had a big joint demo with a huge show of support from students, demanding university management get round the table with UCU and end unjust conditions.  Bristol Student Staff Solidarity have been running stalls on campus to build student support. 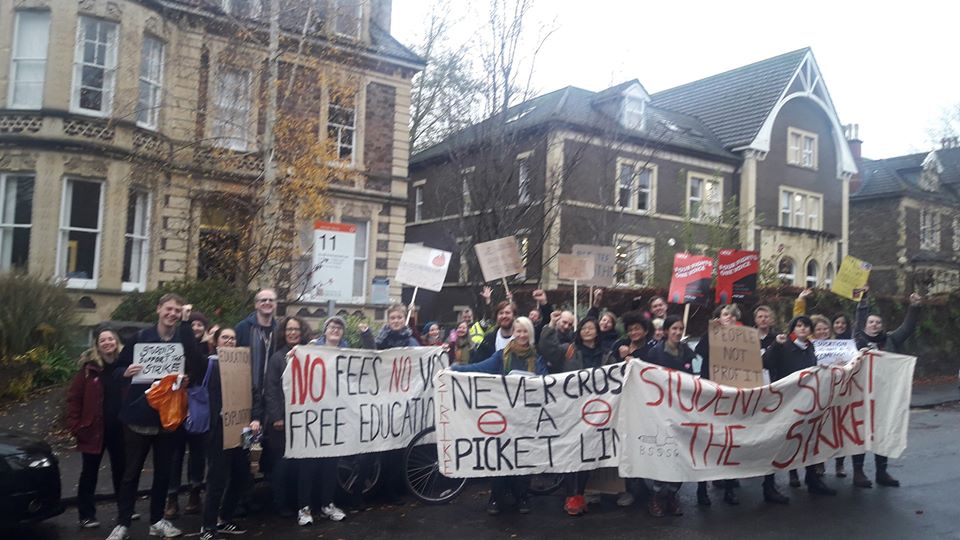 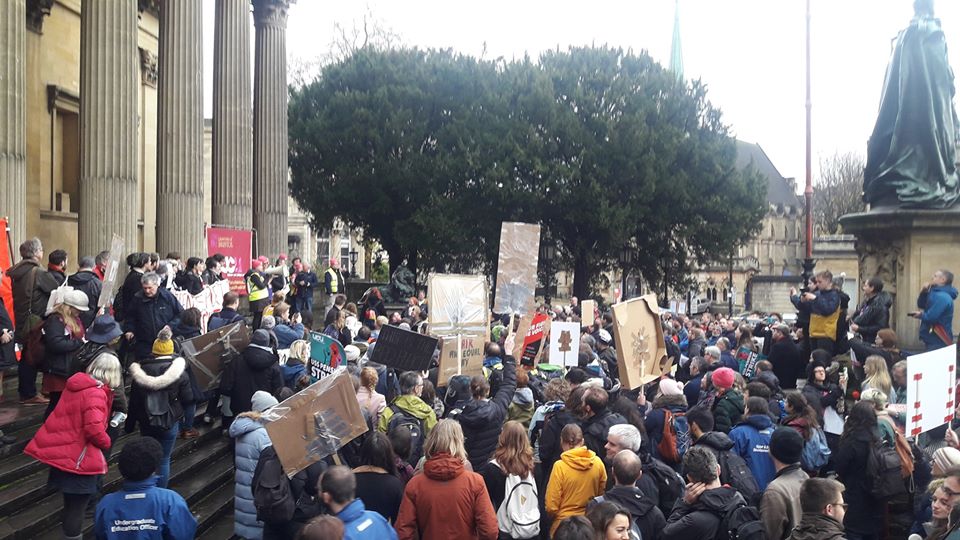 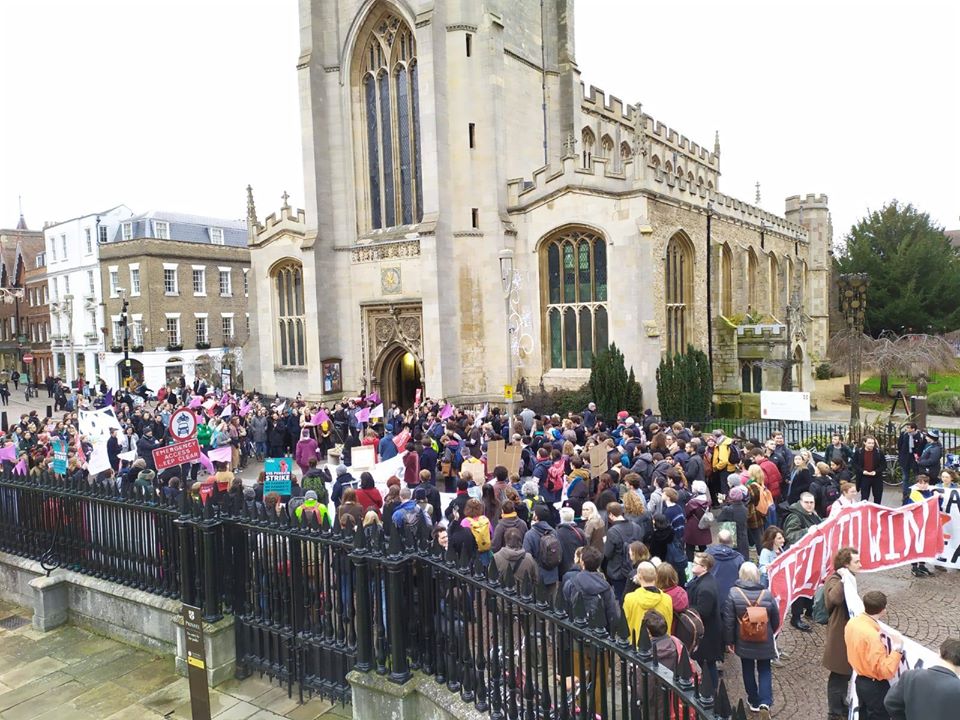 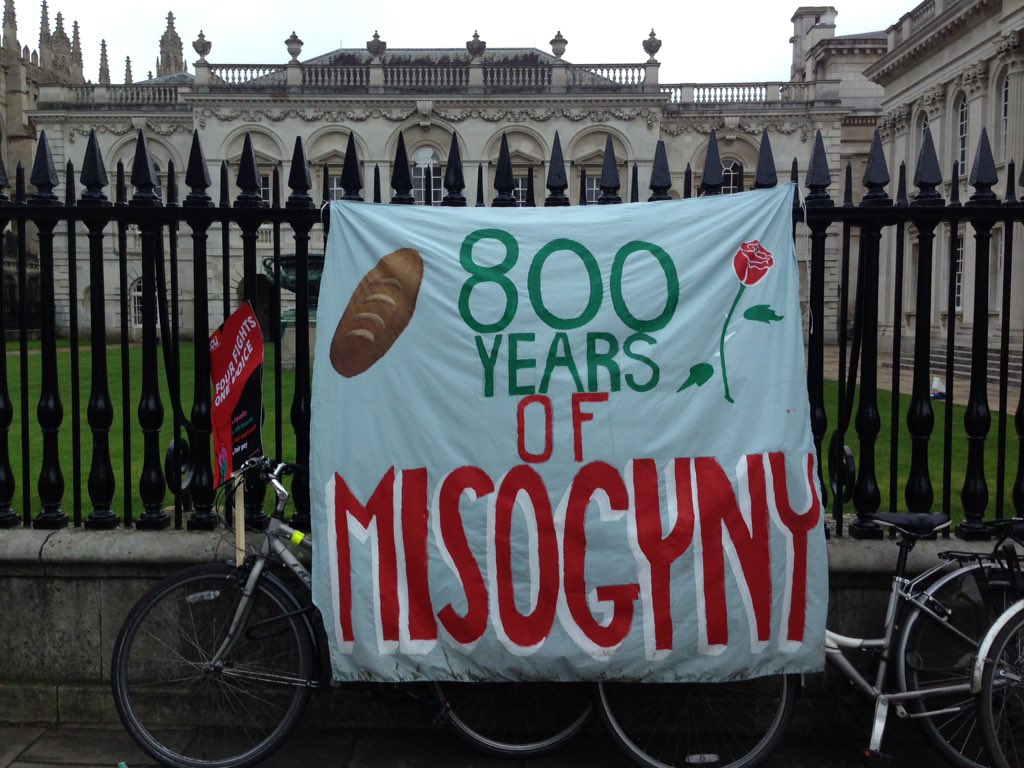 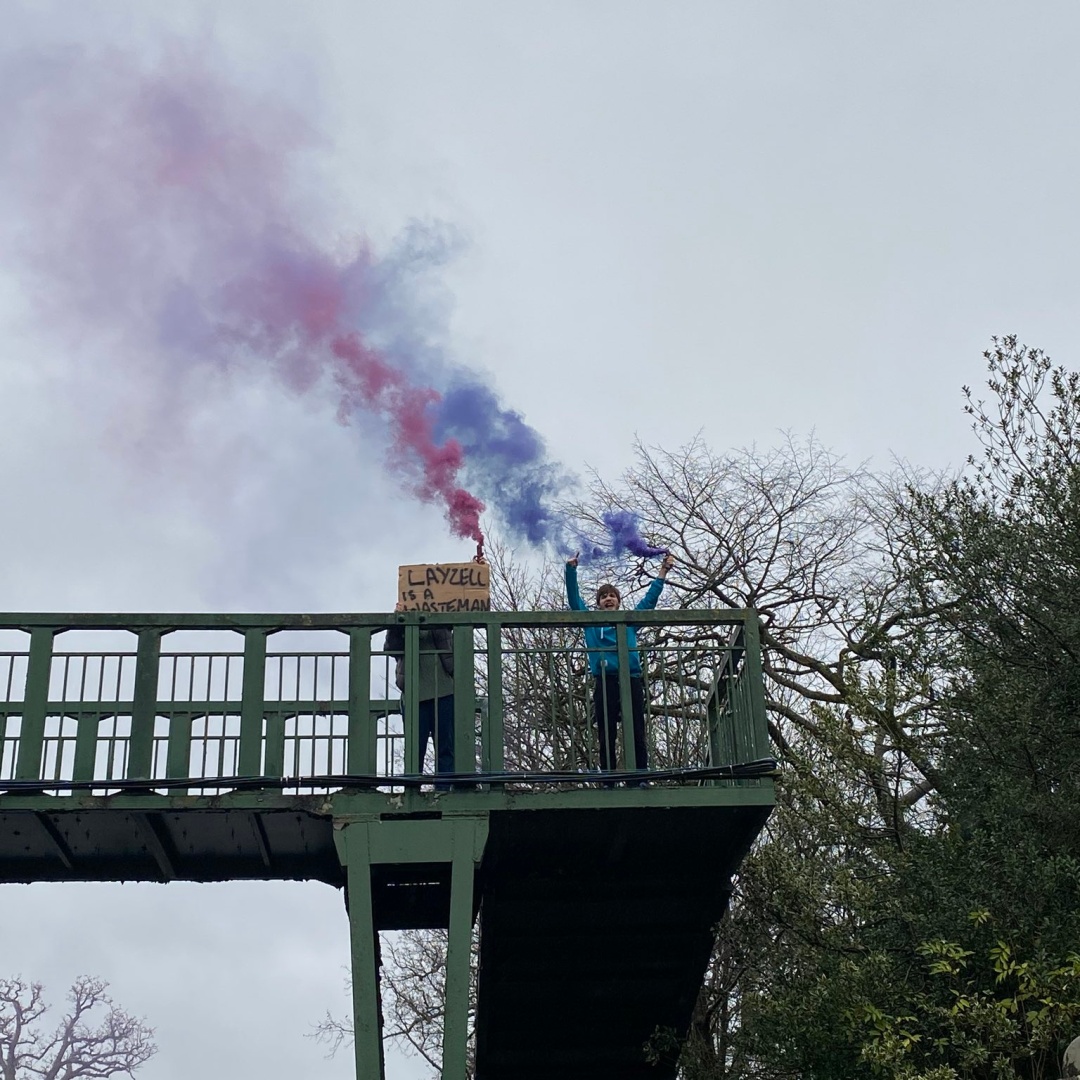 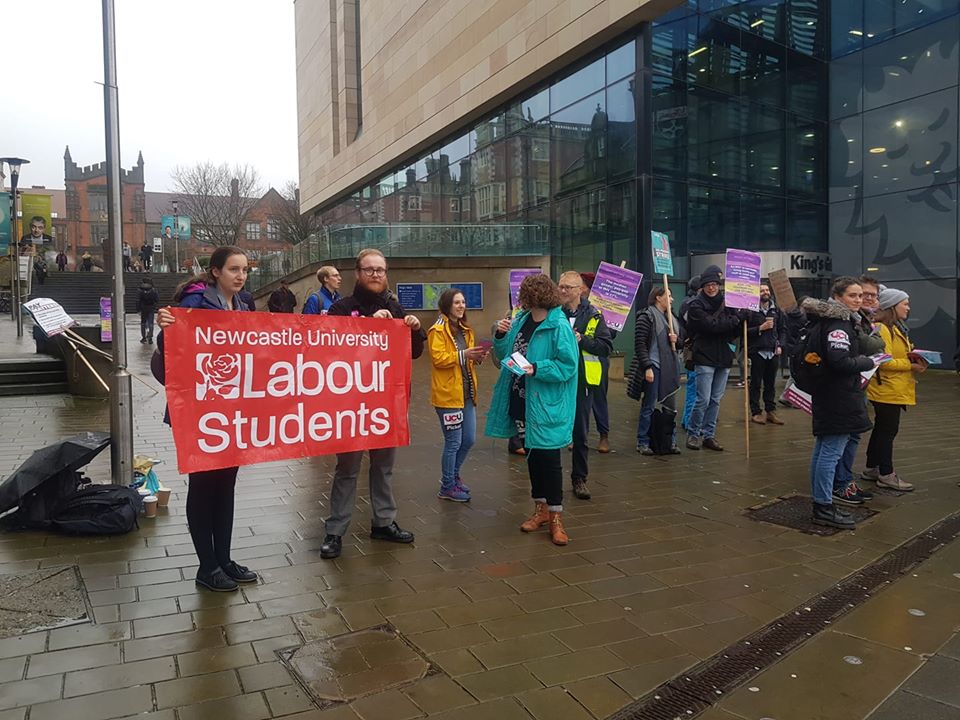 For updates from Newcastle follow www.facebook.com/NewcastleUniLabour. The Feminist Society has also been bringing cakes to the strike!

Brighton SU has been telling students that because the SU does not support the strikes, student societies weren’t allowed to officially back them either. Despite their student union’s stance of not supporting the strike because it will have “a detrimental effect on the student experience,” and plans to “actively work with” university management to make sure “financial savings from this strike action will be spent on enhancing the student experience,” students have been exercising their right to protest by joining the picket lines anyway. 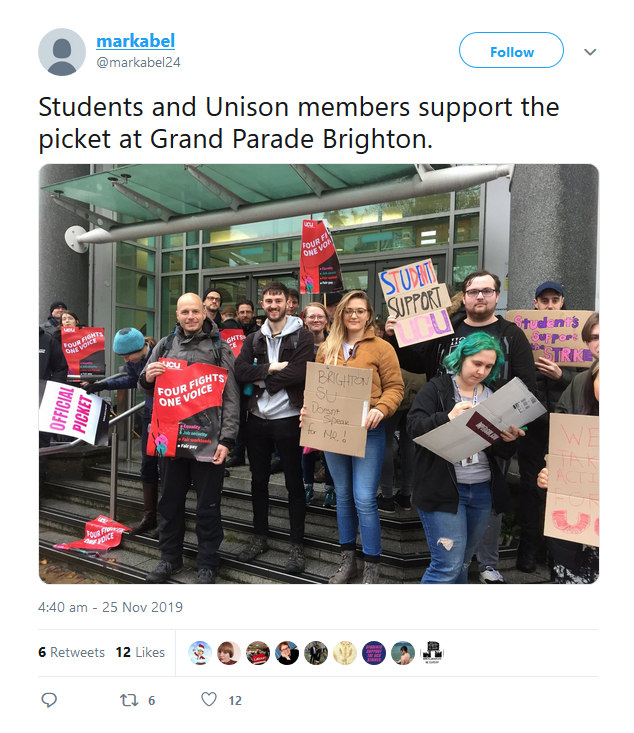 …by signing a joint statement with uni management about minimising disruption during the strikes, calling for students to undermine the strikes by crossing the picket line. But huge numbers of students joined the picket lines anyway. Manchester Labour Students are organising daily canvassing sessions straight after the picket lines, and yesterday UoM Feminist Collective held a workshop on why the strikes are a feminist issue! 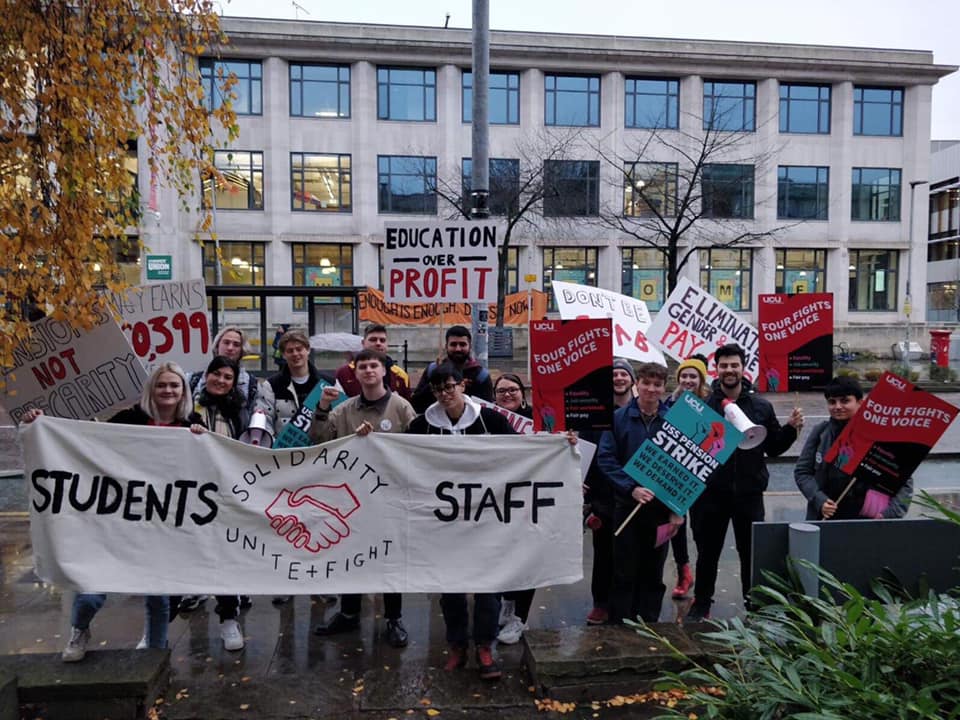 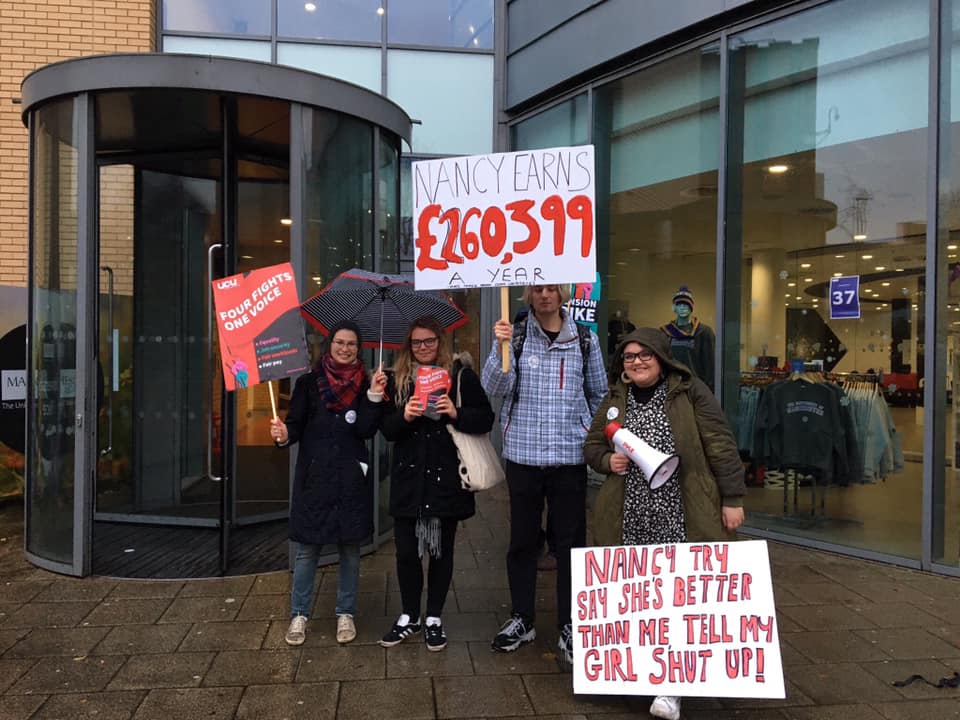 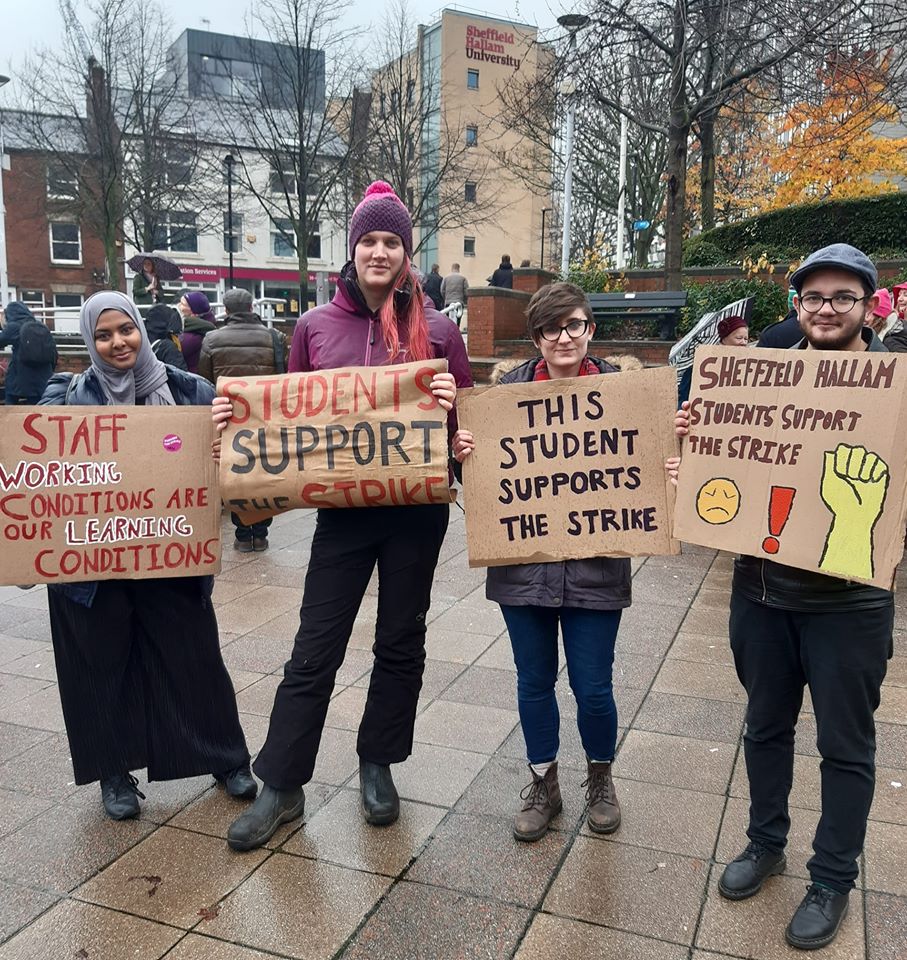 Hallam students also made the Telegraph on Monday after management asked them to snitch on their striking lecturers. Follow them at facebook.com/hallamstudentUCUsolidarity/

On Saturday students will be getting together to discuss what’s coming next with the strike & dispute, how we can escalate and coordinate action nationally for the strike and beyond, learn from each other and what we’ve been doing and decide collectively how we can take the student-worker solidarity movement forward- during the strikes and after!

View all posts by socialistfeministcampuscollective